A great year culminated in the BC rugby finals held at Burnaby Lake and saw the Abbotsford Division 1 women finish off an undefeated 2nd half of the season by beating Nanimo 52-17.  The men, had a back and forth game with rivals, Bayside.  Ultimately, Bayside had the final say and took the match 34-29.  Both teams, coaches, volunteers should be commended for putting in so much work this year.  Below is the match video of the mens game, and the game summary from bcrugby.com.

There was an air of the unknown about this fixture, as it was the first time the two sides had met in 2019.  Hornets used this to their advantage and played a powerful game, producing some big hits and making Abbotsford work hard in defence.  The Fraser Valley side had impressive form coming into this game though, unbeaten since January, and after weathering the storm from the island team, they began to show exactly why no team had managed to get the better of them.  A fast, expansive game with some great running lines gave them the upper hand as they opened up a bigger and bigger gulf on the scoreboard.  Nanaimo weren’t ready to give in though and buoyed by a very vocal band of travelling supporters, they continued to battle hard right to the final whistle.

“It was a real push out there,” said Stephanie Wiebe, Abbotsford’s Full Back.  “Not knowing what Nanaimo were going to be like as an opponent, we knew all that we could do was come out all guns blazing and play our game, so that’s what we did.  It was a brilliant match to be part of and credit to Nanaimo for being such great opponents, but we’re delighted to finish the season undefeated, it’s a really special achievement for all the girls.”

The two teams were superbly matched as they battled for the Men’s Division 1 title.  Both playing a hard-hitting, physical style of game, the throngs of spectators were treated to a thoroughly entertaining spectacle.  Bayside came into the match in impressive form and got a couple of scores up on the board before being pegged back by a patient and resilient Abbotsford side.  This was the theme for the match, Bayside getting their noses in front, only for Abbotsford to reel them back in.  It wasn’t until the almost the 60th minute that Abbotsford took the lead for the first time, causing the tension surrounding the fixture intensified even further.  Both sides doubled their efforts and the monumental tussle continued.  Bayside found another gear and managed to get back in front, only to find a determined Abbotsford unwilling to throw in the towel.  Another push from Abbotsford brought them back to within a single score of the lead.  The last minutes of the match ticked by agonisingly slowly for Bayside and painfully fast for Abbotsford as the battle went right down to the wire.  When full time was eventually called, Bayside Sharks emerged victorious, celebrating a hard-won title with outpourings of raw emotion.

“That was a real nail biter, being up with 10mins to go only to be pegged back to a five-point game was tough going” commented Spencer Thorpe, Bayside’s No.11 and playing in his third Club Finals weekend.  “We took our foot off the gas a bit in the middle but then finished strong and I have to give so much credit to all the boys on the team for digging deep.  Bayside is creating a culture around the club that is bringing in more and more rugby players at all levels, so hopefully, we’ll have a few more results like this in years to come.” 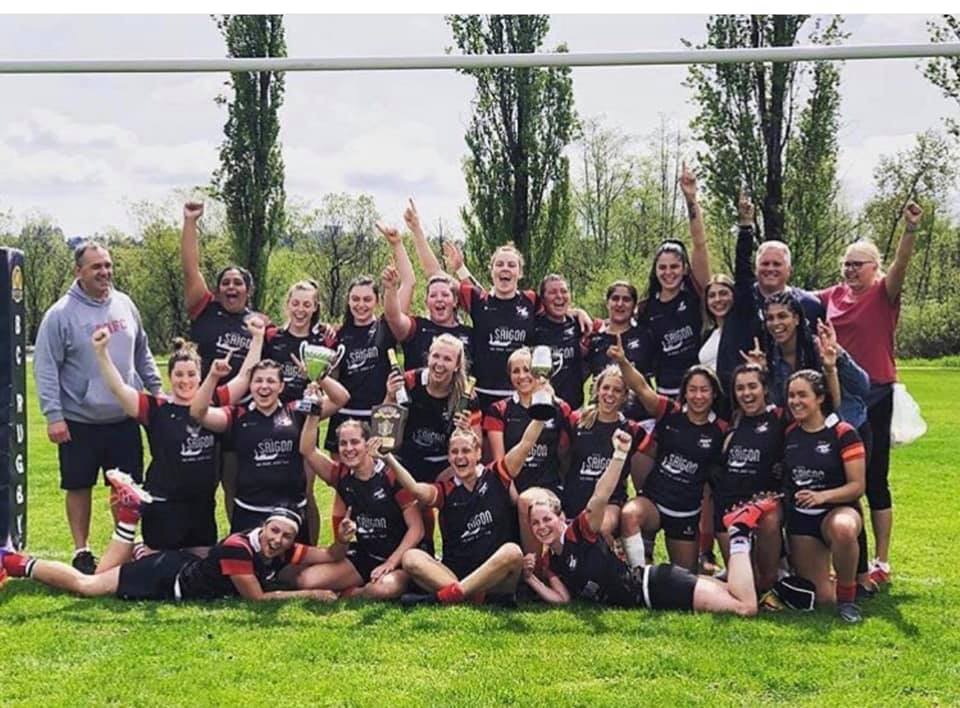 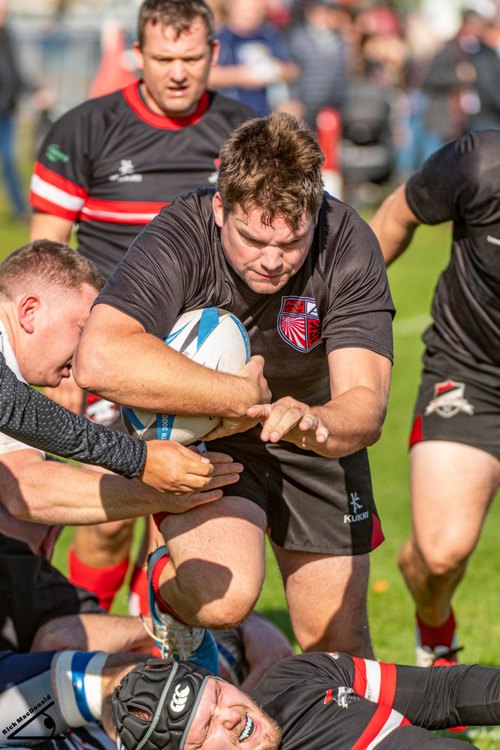 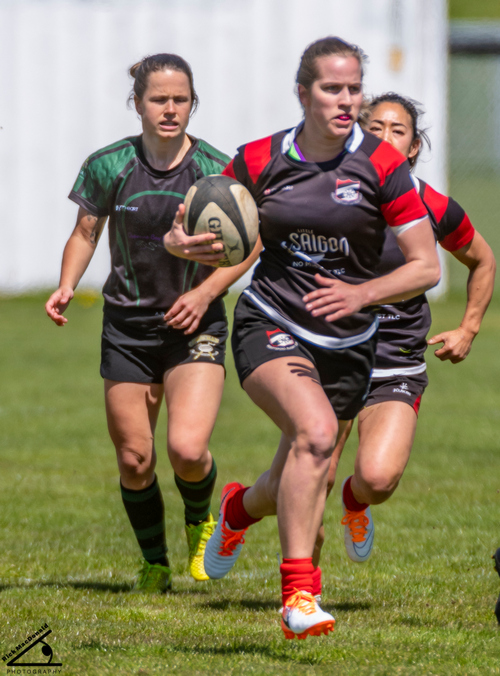