Rain held off for the 1pm KO. Both teams were keen to go. Bayside was full of running all game. They had their studs testing our defence. And with their rush defence and big bodies in the back field we were under the pump to get front foot ball. After a few basic errors we were down by 7-12. Our disallowed try just at 1/2 didn’t sit well with the Abby boys. Fuel for the fire.  The second half brought some refocusing and a different outlook on the game. We played multiphase rugby, produced quick ruck ball and finished a battle 22-19 win. Our boys pushed through with grit and determination. Great effort fellas! Thanks to everyone for coming out and supporting. Thanks to Bayside for a great game!

Forwards as a group played well and the backs scored the points. Special mention to our flyhalf Ethan Turner who scored 24 points.

Sunday was a great day for Rugby for the Lady Griffins !!
Our two U14 teams played some tough rugby out in Langley. With just one loss each against the Langley Rugby Club. Trinity Bodenchuk was the talk of the day with her 5 tries and huge tackles
The U16’s had three teams entered on Sunday and Abbotsford kept the streak rolling from last weekend and out ran Kamloops to go undefeated. The Abby Black team went undefeated to beat the other Abby teams as well. Some great tackles by Cassie Hull and of course speedster Lucie Romeo ran in a couple of tries which is not unusual for the grade 9 player who seems to be a top scorer every weekend.
The U19 ladies also both went undefeated on Sunday with two teams entered for the day. These teams met each other for their final game and ended in a tie. In which we decided an arm wrestle would be an adequate way to find a winning team. The A team won with the super arm strength of Sarah Meier!
Both teams ended the day playing some great 7’s Rugby. Kira Peary was the top scorer for the B team with 20 points and on the A team Makenna Gayger was out running her competition with a try in all four games.
Looking forward to Burnaby Lake next Sunday.

Second Division Started with Abbotsford retaining the ball for multiple phases at a time. The first procession let to a try by Fullback Braeden Verleur on a great individual effort in open space. The second possession lead to a cross kick that Bayside came down with. We traded tries with Bayside for the rest of the half. Things slowed in the second half with bayside pulling ahead, late in the game Utility Player Kolten Lee scored the try of the day by picking the ball down an empty blindside of a ruck for a 10m drive into the try zone.  Standouts were Debutant Tyrone Karius at inside Centre who attracted at least two defenders ever carry. Carter Miller was key to Abbotsford fast moving attack and Chris Gilding was inspirational on the day, subbing into the second XV game before his starting role for the first XV and he scored in both games.  Abbotsford 2XV are home to Scribes next weekend.

First Division started with a Quick 35m try by Bayside dangerous outside centre that put Abbotsford’s traveling supporters in a nervous state. After a kick that ended up with dangerous winger in the hands of fullback, Noah Jensen, winger Darwin Guevara ran a slick line off the fullblack left shoulder, from there it was off to the races with passes flicking around before finally ending up with winger Brian Chin finishing in the right corner. The rest of the match was a classic Valley tilt with every turnover creating pressure on both sides. The rest of the game saw Abbotsford began to build pressure and pull away with aggressive defense and ball retention leading to try’s for Sebastian Gibson, Guevara, De Beer and Chris Gilding. Connor Hunter added 3 conversions, 2 penalty kicks.

Our forward pack stood out as a whole, but Josh Radons with a promotion from the Second side took advantage of his opportunity in the engine room. Seb Gibson was solid in defense and broke the gain line consistently throughout the game.  Abbotsford 1XV men travel to Surrey next week. 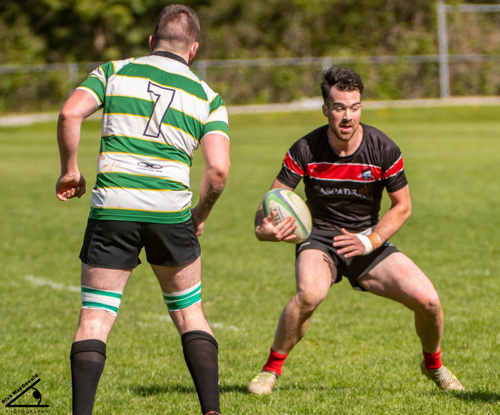 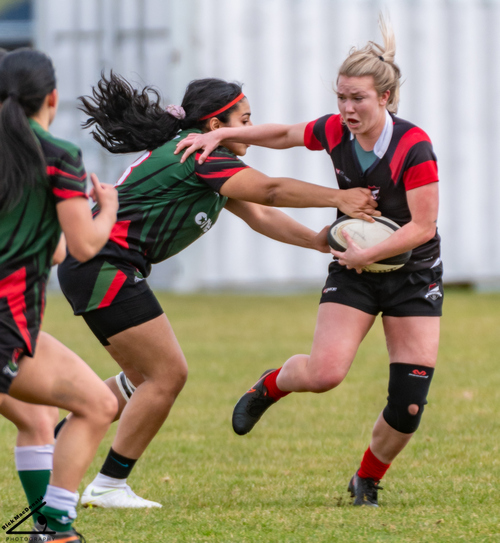