The Abbotsford Rugby Club senior women team took on Burnaby last weekend. Abby knew it would be a tough match as Burnaby were runners up last year in the BC Women’s Premier league. Burnaby opened the scoring early after turning the ball over. Abby played solid defense for most of the first half holding Burnaby to two tries and scoring one of their own after the ball was moved to winger Amanda Wenting who dove over the line. The score at the half was 10-5 for Burnaby.

The second half proved to be an exciting back and forth affair. Abbotsford has some success behind the foot of fly half Erin Chambers with some tactical kicks. Center Shalaya Valenzuela had some good attacks and crossed the line to make the score 15-12 for Burnaby. Burnaby scores a late try to go up 22-12 and Abby looked to be on the ropes. However they began to battle back with some good forward play by Lauren Arthur and attacks from Mackenzie Fowler and Shalaya Valenzuela. Rookie Trinity Knox had a good run and dove over the line to get Abby close. With just minutes left Abby put the pressure on Burnaby. After some hard work by the forwards the ball was spun through the backs and Mackenzie Fowler crossed the line to put Abby up 24-22 with no time left.

This was a big win for the ARFC ladies who showed no quit. They are on the road to Bayside this coming weekend.

For the first game of the season, the boys looked really good. We had guys playing for Langley and in the end it was all Abby guys who had scored for both sides. Kudos to Langley for bringing guys out

With less than a stellar build up and without some key players away at BC camp, Abbotsford were heavily out scored in the first half. Lots of unforced errors typical of a first game. With a change of direction there was a change of attitude! The second half saw less turnovers and the rucking and tackling improvement kept UBCOB scoreless in the second half and led to the only try being scored by Abbotsford. I think we can expect more from this team in following weeks.

Abbotsford dominated the day and in 7s play the two U16 team only lost 1 game out of ten. Not a bad way to start the season!  The U14 squad went undefeated and the U19 team had another great outing as they went 4-1 on the day.  Coach Deanna Barker was impressed with the fitness and eagerness of all the teams to get out and play despite the torrential rain that plagued the day.  The youth girls are looking forward to carrying on the momentum they have created in week 1 of the season. 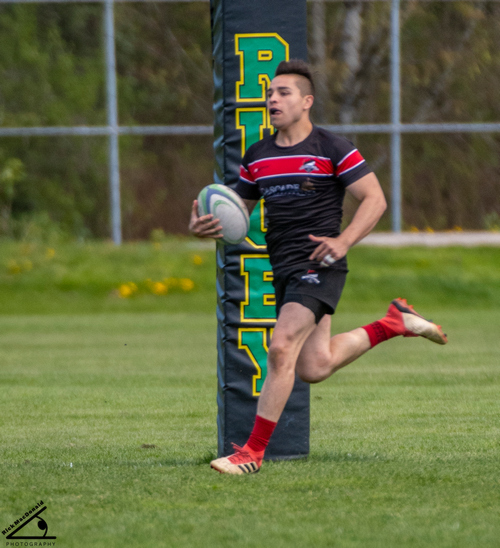 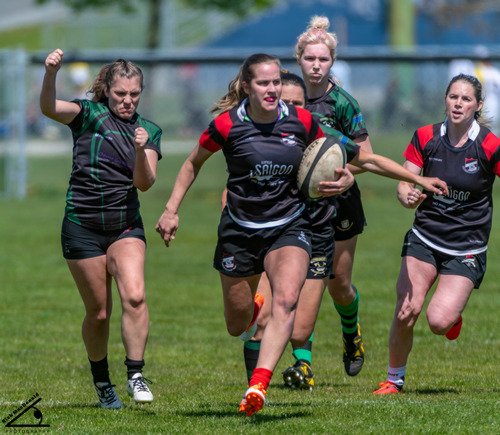