The ARFC travelled to island last Saturday to take on the Black Sheep of Port Alberni.  Abbotsford came over with a mixed squad and again had just the one sub at its disposal.  On the ferry ride over the boys knew they would be in for a long day if they got off to a slow start and Coach Chalmers and Captain Corey Sheremeto implored the men to get off to a quick start.  Just like they had planned, the ARFC struck at the 5 minute mark after some sustained Abbotsford phases when scrumhalf Sheremeto led by example and dummied the post defender to score between the sticks.  Hunter converted and Abbotsford had a dream start on the island.  Things got better as Abbotsford strung some phases together and marched downfield and the captain found another hole and dotted down for 5.  Hunter converted and Abbotsford were delighted to be up 14.  Abbotsford continued to press and this time flyhalf Connor Hunter slid through a gap to score.  He converted his own try and Abbotsford were running wild up 21-0 in the first 25 minutes.  Abbotsford again pressed and after some hard work from the forwards, Sheremeto tapped a penalty 10 meters out and cut through the defence to score his hat-trick try.  Hunter converted and Abbotsford moved to 28-0 after 30.  Abbotsford perhaps let their foot off the gas and Port Alberni were able to get their big centre through after a nice scrum and hard line to get back in the game.  Half time score was 28-7.

In the second half, Abbotsford knew they needed the first score and after some early battles up front, flanker Mac James jumped on an untidy Black Sheep ball and found winger Zack Kendall, who was playing in his first Div. 1 game, and was able to sprint down the sideline to score under the posts and against the run of play.  Abbotsford were now up 35-7 with 25 to go.  Port Alberni, to their credit kept hammering away at a tired Abbotsford squad and were able to score 3 tries to end the game and get within 7. However, it was too late and Abbotsford were winners, 35-26.  Special mention needs to go to the Abbotsford tight 5 who played a full 80 of old school rugby, and to captain Sheremeto and his 3 tries.

A special thanks to the Black Sheep who have a wonderful clubhouse and field set-up! Wouldn’t it be great if all clubs had what Port Alberni has?  Their post-match meal, reception and facilities are top class.  Everyone at the ARFC is looking forward to the next visit. 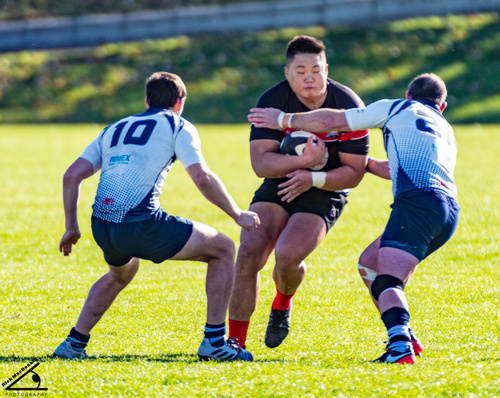 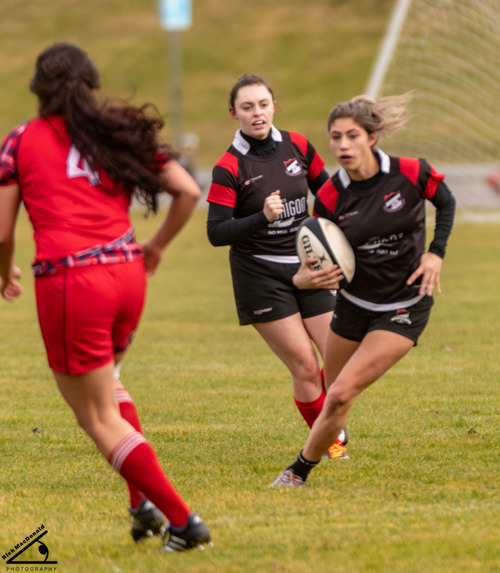