On St. Patrick’s Day the Abbotsford men travelled light to take on United at Hume Park.  Abbotsford went with 1 sub for both Div. 1 and 2 on the day and they knew they were in tough against a quality United Club.  In Div 2. Abbotsford fielded a side that was a mix of veterans and young talent.  The game started in a bizarre fashion as the ref was late and the prop for United did a fine job acting as a referee for the first 10 minutes before subbing himself into prop for the remainder of the game.  Abbotsford Div. 2 started well and pressured the home side; however, they were unable to come away with much as United bent but didn’t break.

After a Hirschman penalty, United were able to score a couple long distance tries to take a lead they wouldn’t relinquish.  At the break, the score was 19-3 and Abbotsford knew they needed a score to start the first half, unfortunately they were not able to and United scored another try to extend their lead to 24-3.  Abbotsford finally marched down field through some tactical kicking to score a 7 pointer from Ryan Levielle with a covert coming from Hirschman.  After another long spell, and a yellow card to a United lock, Abbotsford again scored a converted try through industrious hook, Corey Sheremeto.  At 24-17, and with a minute remaining, Abbotsford had a chance to tie the game but fell short and United took the deserved victory.

The Div. 1 men found themselves with a short bench and up against a United team looking for revenge from an earlier defeat to the Div. 1 boys from Abby.  In these situations, games can often get away from a team early, but Abbotsford played a complete game from the first whistle.  Abbotsford were able to move the ball through multiple phases to score some nice team tries.  When they didn’t have the ball, the forwards like Jason Hignell, Nathan Sagert, Mac James, and Keegan Carson worked hard to get the ball back and let the backs run wild.  Carson got Abbotsford on the board early with a try through some nice interplay between backs and forwards.  Connor Hunter converted, and Abbotsford were up 7 early.  Another team try was scored when winger turned scrumhalf, Darwin Guevara dotted down.  A third try was scored when Payton Gibson scored in the far corner and put Abbotsford in a strong position at halftime.  The second half was much of the same.  Abbotsford again showed nice linking play between backs and forwards and were rewarded with a beauty try from Aussie, Shawn McKenzie who sauntered over the line after a perfect cross-kick from Connor Hunter.  With that, Abbotsford went on to win 30-0 and they move on this weekend to take on Port Alberni.  Thanks to United for the hosting and the always eventful boat race. 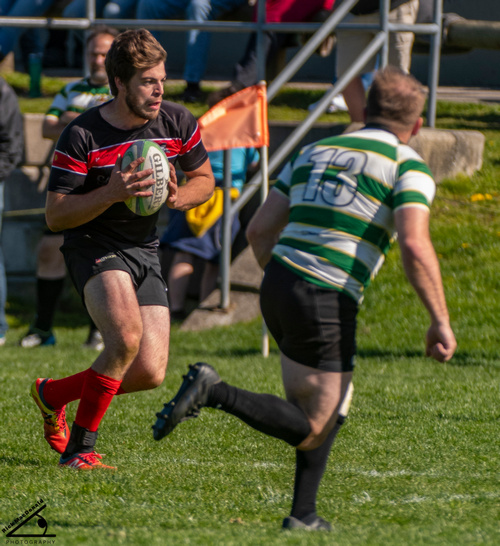 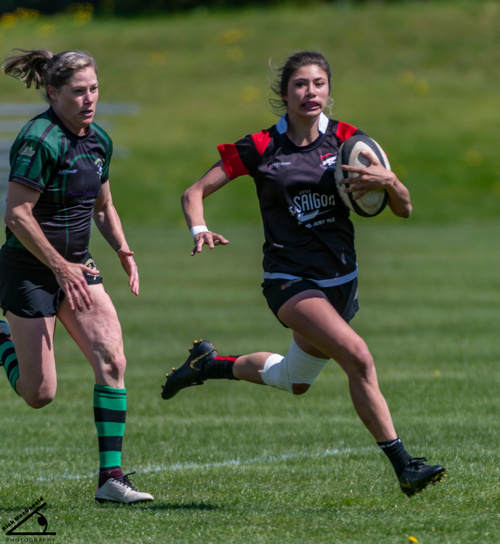