Langley came out to Abbotsford for the second game against the ARFC of this half. The first game at Crush Crescent was a win for Langley after they ran away with the game in the second half. This game proved to be much of the same thing. A common theme for the Div. 2 men for Abby has been a strong first half where they are within striking distance but they haven’t been able to follow up their first half performance with a solid second half.

In the first half, Abbotsford got on the board with some nice inter-play between backs and forwards and scored through excellent young prop, Ryan Chandler. Langley battered their way down field and after a series of goal line stands, Langley scored to go up 7-5. Another Langley penalty stretched their lead 10-5. Abbotsford looked to score just before half with some slick handling through the backs and forwards but a knock-on near the goal line allowed Langley to get to the half with the lead intact. The 2nd half was similar to the last time these teams met with Langley stretching their lead immediately after the break and not looking back. Langley added a few more tries before flanker-turned-flyhalf, Nate Sandhu scored a nice try. Dobson converted, but it was too little, too late and Langley had another win with a final score of 33-12. Full credit to the Langley 2’s who execute a hard-nosed brand of rugby. Men of the match for the ARFC went to young fullback, Austin McRae and hard running number 8, Mac James. Thanks to the referee who controlled a tough valley derby.

The ARFC Div. 1 men were out for revenge. After a close loss at Langley they wanted to make amends and get back in the win column. Much like the Div. 2 game, the first half was hotly contested with both teams scoring a converted try and a penalty each. Score at the break was 10-10. Abbotsford were determined to not suffer the same fate as the last time these teams met and came out hard and scored a barrage of tries through Patterson, Guevara, Grigorov, and Nate Sandhu. Abbotsford scored tries of all sorts, and the highlight had to be when prop forward, Albert Grigorov found himself on the wing, collected the ball, tossed a dummy, and finished with a lengthy run to score in the corner! A thing of beauty. Alex Patterson was excellent as well, scoring two tries and adding 2 penalty goals and 5 converts for a personal total of 26 points. Abbotsford had their revenge and the final score was 46-13 in favour of Abbotsford. Alex Patterson and Brent Bradbury were men of the match. Langley played hard all the way and credit must be given to the Langley men who did the dreaded “double duty.” Thanks to Langley for sticking around the clubhouse and to the referee who did his best to keep the valley rivals in order.

Abbotsford Youth teams have a big weekend coming up on Sunday. Congratulations to all the players and coaches who made this year another successful youth season. Good luck in the finals. 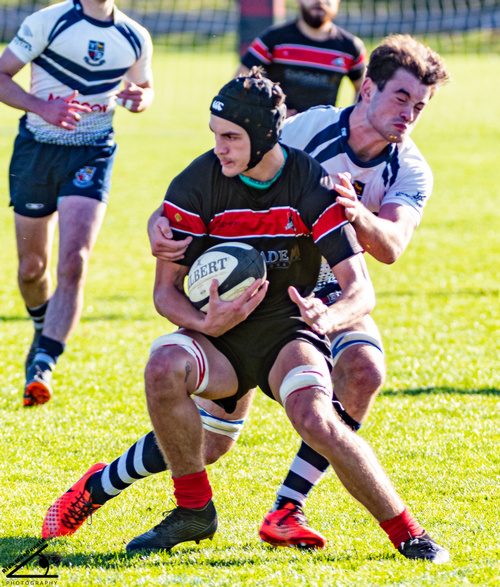 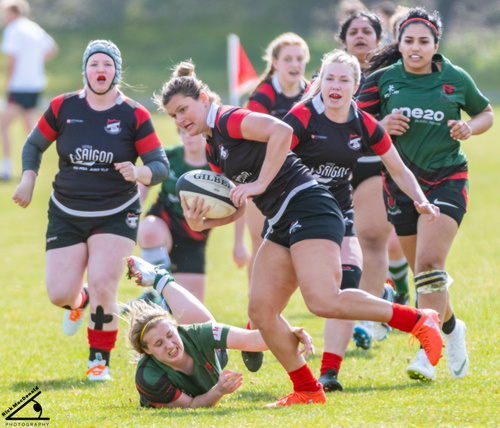