On Saturday, the ARFC Division 2 Men travelled north of the Fraser for an encounter with the students with SFU. The ARFC Division 1 game was rescheduled for Dec 16 with Langley as both clubs had games in multiple locations, forcing a rescheduling early in the season. Hopefully the BCRU, Sub Unions and Clubs can come to an understanding to craft a better schedule for all involved. Onto the action.

It was a physical encounter to begin the match, with the only scoring coming later in the first half. Defence was fierce for both clubs and there was no one breaking the lines. Abbotsford had a shot at points, but Sol Puckey came up short on his nudge, 0-0. Eventually the big centre for SFU, Benji broke through on a hard crash from about 25 out and ran it over for the first points of the game. He would make yards on most of his runs on the day. Conversion was good and SFU was up 7-0. Not long after it was a little further out, but up and coming ARFC centre Payton Gibson had a similar crash through the centres and was away from 40 out and scored under the posts. A chip shot from Puckey and the scores were leveled 7s for both.

As was the difference of a week ago, where Abbotsford finished the game against Bayside with only 12 on the field, many unavailable for a variety of reasons, it was a different story with plenty of fresh legs ready to come on. Jason “East Van Jay” Copp made an immediate impact receiving an opening second half kickoff and putting the first 3 tacklers to the deck. Jason’s return after a hiatus last season should help bolster the 2nd Division, or wherever he is needed throughout the club.

Abbotsford scored early and often in the 2nd half. Branden Christian scored his first try of Men’s Rugby, the Yale product now patrolling the wings for ARFC. He’s another Abbotsford product from mini rugby to men’s, it will be exciting to see what the big winger can do this year. Other try scorers included Albert “Dancing Bear” Grigorov, Corey Sherameto, Nate Sandhu, Noah Jensen. Sol Puckey went 3 from 6 on conversions. SFU managed to crash over the line late in the 2nd half on some well worked forward play, but it wasn’t enough. Final score 38-14.

Thanks to SFU for excellent hosting field side and good luck the rest of the way!

In women’s Division 1 action, the ARFC women were at Meralomas at Connaught Park for their first game of the season. New coach Doug Primrose, with help from club legend Al Borrows were keen to see how the preseason training would translate to the regular season games. Abbotsford came out slow, allowing Meralomas in for two early tries. However, the Abbotsford women responded and held the lead by halftime. Meralomas had a couple breakthrough tries in the second half and the Abbotsford women were trailing. With Abbotsford down 27-24, on the final play of the game Natalie Teteris crossed the line for a hat trick to push Abbotsford ahead by a narrow 2-point margin. Final score 29-27.

The ARFC Youth Girls, led by Deanna Makara, are played in 7’s action at Exhibition Park on Sunday.

Next weekend the ARFC is hosting a big club day at home, with all 3 senior teams playing at Exhibition Park. The Women take on SFU, Division 2 Men vs. Burnaby and Division 1 Men vs. Surrey. The clubhouse will be open post-match for a social that will likely carry on through the evening. We hope to see everyone down on the sidelines at Exhibition Park next weekend! 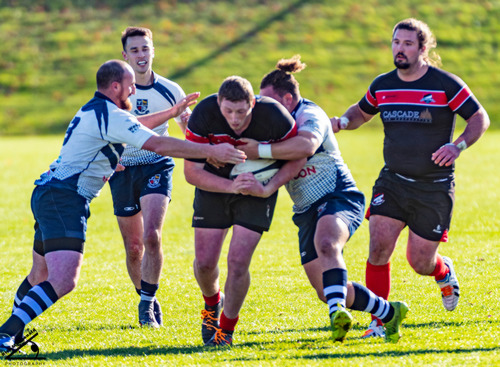 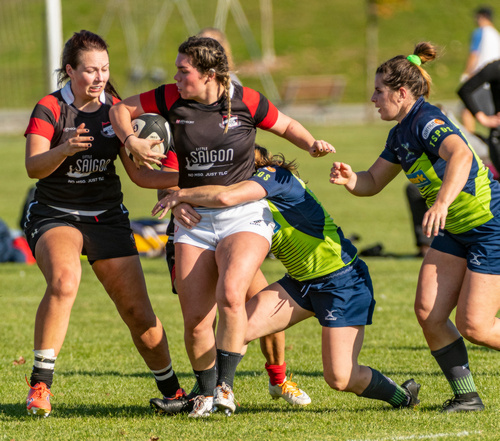