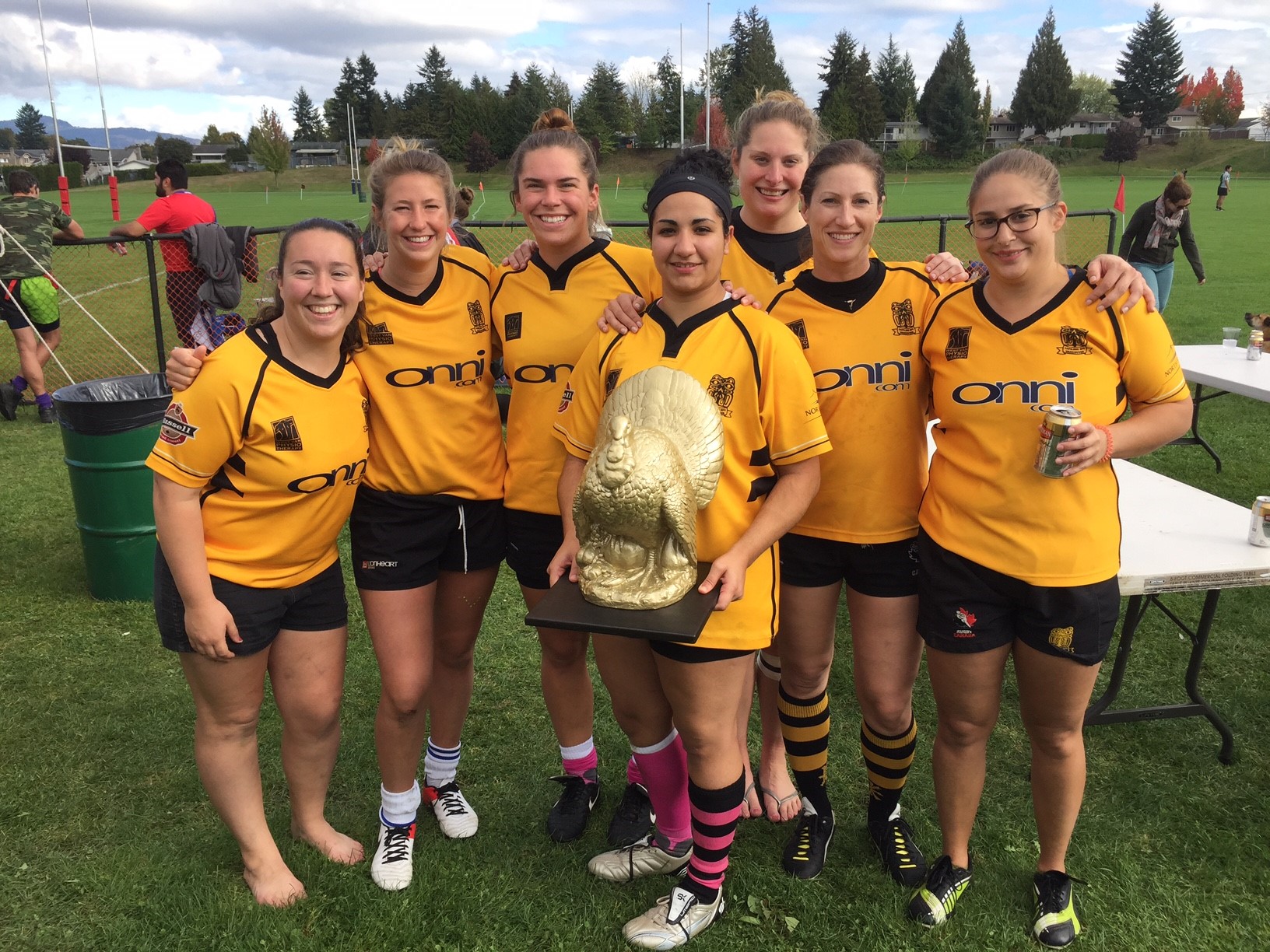 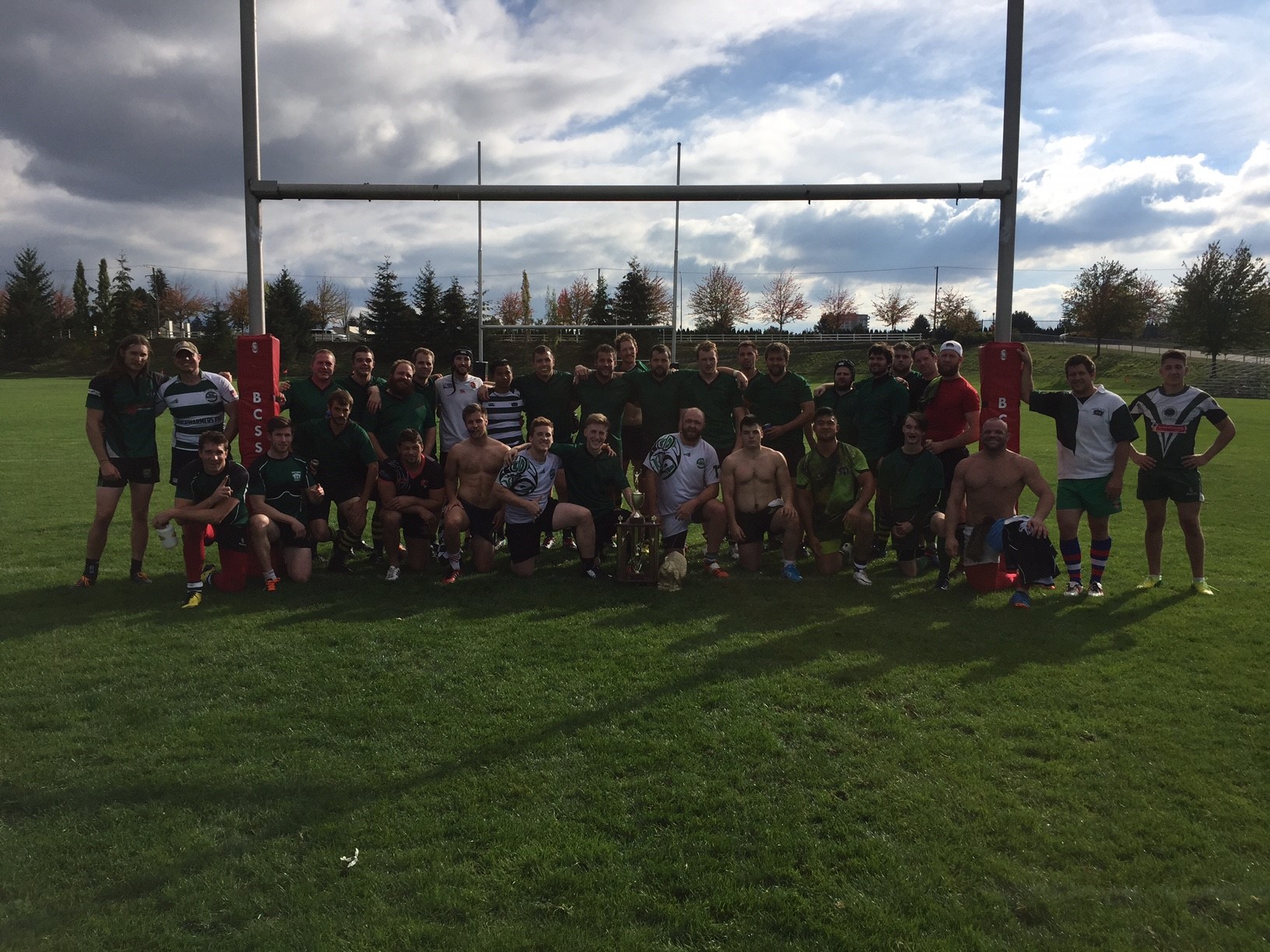 The 40th Anniversary of the Gobbler Rugby Tournament took place at Exhibition Park on October 8/9. Eight men's teams and six women's teams were in attendance to compete for the new Turkey Trophies (thanks Hewko's!). There was a fun theme of 'Full Moon Party" and there was lots of neon to be seen at the dance and the following day in the form of leftover body paint. The social atmosphere was great despite a rainy Saturday and the action on the field was highly contested.

On the women's side of the draw, Kelowna/Williams lake, United, Capilano and Abbotsford all advanced to the playoff round. Capilano defeated a strong Kelowna/William's Lake team to face Abbotsford in the final, where the Capilano numbers were too strong and the ladies embraced the social aspect of the game and decided to play what we believe to be the Gobbler's first official game of one handed beverage touch. The scoring wasn't rampant but the laughs were as the Capilano ladies took the 2016 title and hoisted the turkey.

For the men, there were some great battles throughout the weekend. There was an old boys game sponsored by Cascade Law where Abbotsford took on William's Lake and were victorious, earning themselves a nice set of belt buckles. Thanks to Jodway and company for hopefully starting a tradition. In pool action, the top bracket saw a classic Valley battle with Langley coach Rob Hayes scoring a last second try to defeat Surrey, and Bateman Alumni getting past William's Lake in a close battle. Bateman Alumni beat Langley 20-15 in a great final to take the turkey and were kind enough to donate their winnings back to the John Cannon Memorial Fund. The William's Lake team, in attendance with men, women and old boys, took home the plate for best social team.

The Abbotsford Rugby Club would like to thank all those who attended the tournament and made the event another success. Thank you as well to all volunteers and referees, as well as sponsors and those involved in planning behind the scenes. We hope to see everyone back again next year! 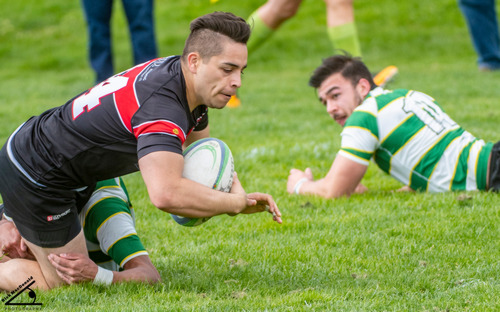 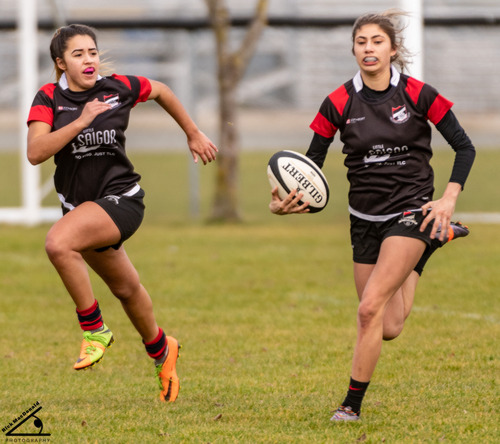